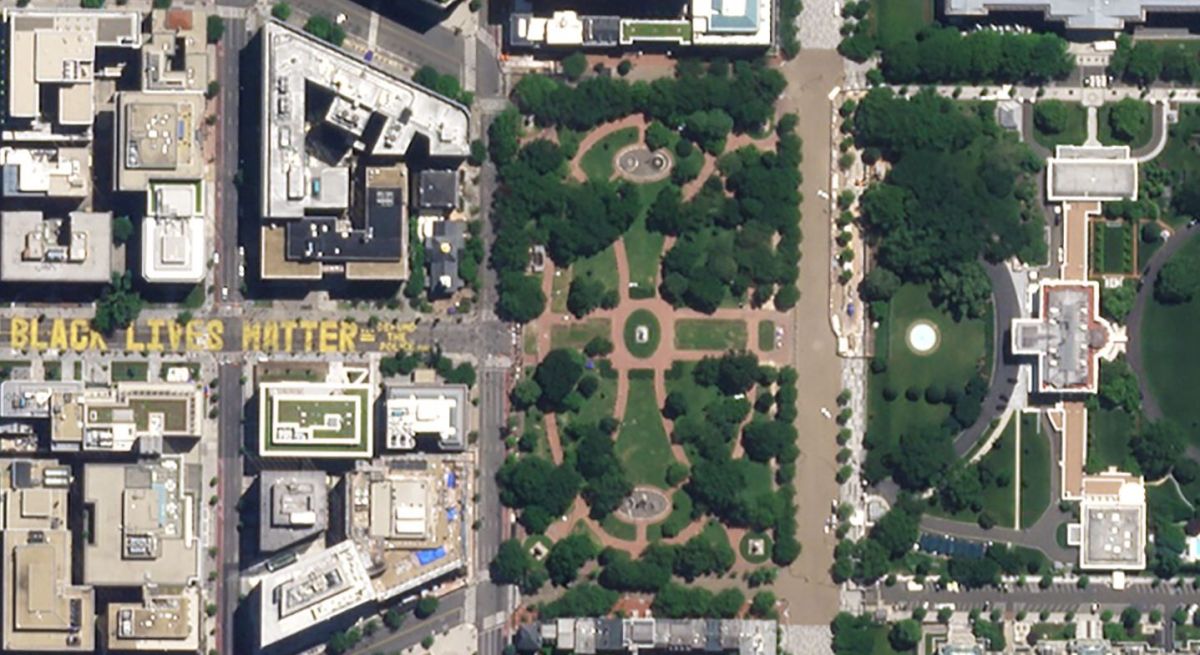 Today I am joining the Strike for Black Lives at the urging of the particle physics movement Particles for Justice. Here I want not just to show my support publicly, but to share my concern that this issue, which I thought way back in 1965 we were well on the way to eliminating, continues to poison American society. Let me summarise where I am going by saying that thinking about this struggle as just an issue of failed justice, as the particle physicists’ webpage name suggests, is not going to be enough to save black lives in the future.

We all need to understand that what happens to black people happens to America. Killing black people harms the whole society. I am afraid that the demonstrations of the past days won’t accomplish their aim if the struggle is framed as one of protecting and bringing justice to a minority. The frame must be bigger. Americans need to begin to see black people as a cross section of America. Simply, black people embody America.

Before explaining my point of view, I want to start with the situation in physics. I started my PhD in 1967, and there were no black Americans in my cohort. There was also only one woman. Today there are significant numbers of women physicists (although in the US it is far short of 50%), but many fewer black Americans. There are also plenty of immigrants, many with dark skin from South Asia. Now, physics may be esoteric to many but it carries high prestige. When physicists are interviewed on TV or give advice to government, what they say is important, but so is the metadata: these white men, these women, these immigrants are making important contributions to society. The paucity of black Americans in these forums certainly does nothing to change the minds of people who think that black lives don’t much matter. Physics is failing here. And this doesn’t even mention how we are failing the young blacks who – just as we ourselves were – are turned on by the subject, but who – unlike us – won’t get the chance to go for it.

The disparity in the progress of women and black Americans in physics between 1967 and today contains a bitter irony. The women’s movement for equal treatment took huge inspiration from the black civil rights movement of the 1960s. The Civil Rights Act of 1968 prohibited discrimination on the basis of race, religion or national origin. It wasn’t until 1974 that it was amended to include sex in that list. Protection against discrimination for people with disabilities and for gay people followed even later.

This takes us to the core of my concern. In the words of Pulitzer Prize winner Nikole Hannah-Jones in last year’s podcast series 1619 (which I highly recommend) on American slavery, “It is black people who have been the perfectors of democracy in this country.” They haven’t taken democracy for granted they way most of us whites have (and now realize that we shouldn’t have). If there were two things that America has, at least until recently, been admired abroad for, they were its dedication to democracy and its creative, ebullient musical culture. America owes both to its black population.

Black Americans have roots in their country that go much, much further back in time than do those of most white Americans. The ancestors of any black American, taken together, probably did more to build America than my ancestors did, more than the ancestors of almost any other American who claims German or Irish or Scandinavian or Italian or Polish heritage. If any group could be said to own America, black Americans have the second-best claim, after native Americans. But of course neither group runs the place.

And then there is the question of what we mean when we talk about black Americans. There is no well-defined distinction between black Americans and the rest of us. Their ancestors’ heritage in Africa was just as culturally diverse as that of the later European immigrants. And as geneticists have learned, their ancestors in Africa were genetically more diverse from one another than any European is from any other non-African, let alone from other Europeans. And then of course most black Americans have European genes as well, from a long history of rape. Uncomfortable as that may be to whites, what it means is that black Americans are the best example America has of the melting pot. Slaves were brought to America and thrown together with greater differences than our European ancestors had in languages, customs, skin colors, stature, lip shapes, nose shapes — you name it.

From all this variety, black Americans built much of America, gave it its music, led the defence of its democracy. We white Americans must understand, no – we must have respect for, how central to the core of America our fellow black citizens are. There is a political battle going on in America right now over who defines the country, and very clearly democracy and the rule of law are under threat. Science is also clearly under attack by the same forces, already partly forced to toe the political line. No people in America has a greater interest in preserving America’s core values than the black population. It is not enough for us whites or us physicists just to want to help people who are beleaguered. A racist attack on a black person is an attack on the core of America. White Americans need to understand that it is an attack on them too.

Black people embody America. Unless we whites understand that, I fear that there won’t be enough momentum to change once and for all the deeply racist institutions that over the years have kept their power, that have kept denying the important fact that black lives matter. BLM matters to democracy, to science, to everyone.

(Image of Washington DC and the White House courtesy of Planet.)

Welcome to my blog! I am Bernard Schutz, astrophysicist, mathematician, teacher, writer, sometime publisher, born in America, living and working in Europe. My science is about the extreme universe and how we listen to it with gravitational waves. I work with data, sometimes very big data. I am an advocate for open access in scientific publishing and I believe passionately that scientists have an obligation to be interesting and understandable in public, not just smart-looking.

My blog is likely to roam over the things I know about in science but also a lot more that I don't, sharing thoughts I find interesting, curious, provocative, funny — but always from the slightly oblique perspective of a scientist who revels in the stretchings and twistings of perfectly empty spacetime!